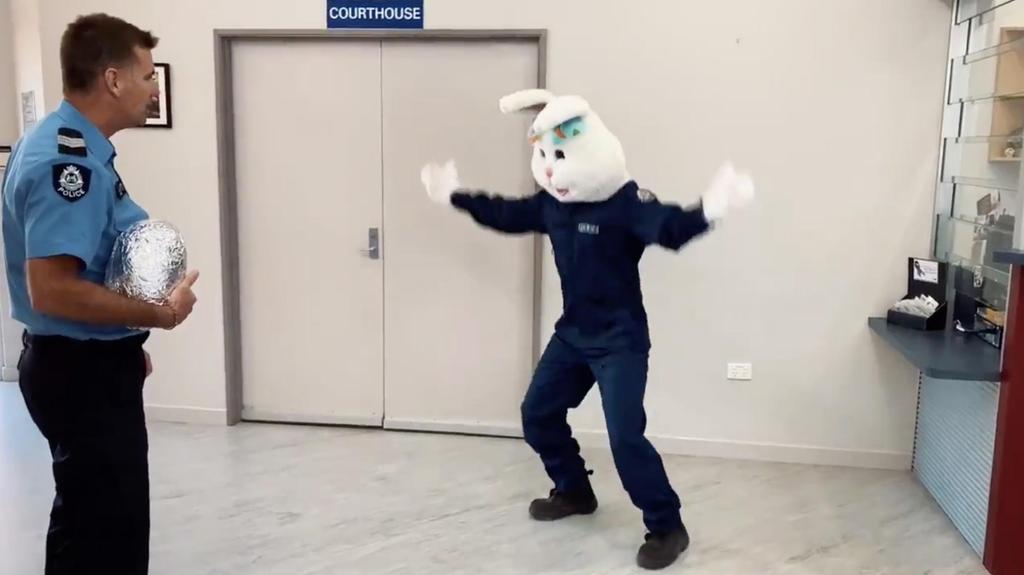 The Easter Bunny may have have been given special permission to cross the border by the Premier, but that doesn’t mean he gets out of a gruelling fitness test from regional WA’s police officers.

Being in charge of WA’s Easter egg deliveries is tough work so the officers at Three Springs police station have made sure he’s up to the job.

Officer in charge Vance Davison, who is also the coach of the local football team, published a video to the station’s Twitter account today which showed the Easter Bunny being coached through press-ups, sit-ups and egg catching.

“The good thing is we’ll process your exception and you’re good to go. Now, about your fitness for Sunday,” Sgt Davison told him.

Sgt Davison said the officers at the tiny town, which has a population of about 600 people, would spend Sunday morning escorting the Easter Bunny as he delivers chocolate eggs to children on their driveways.

In the meantime, he said the officers would make sure the bunny of the moment was prepared for the big day.

“He passed his fitness test but he had to work pretty hard, there’s still time for him to go yet,” he said.

Get Paid For Who You Are with David Wood

This is what you need to be wearing to Pilates