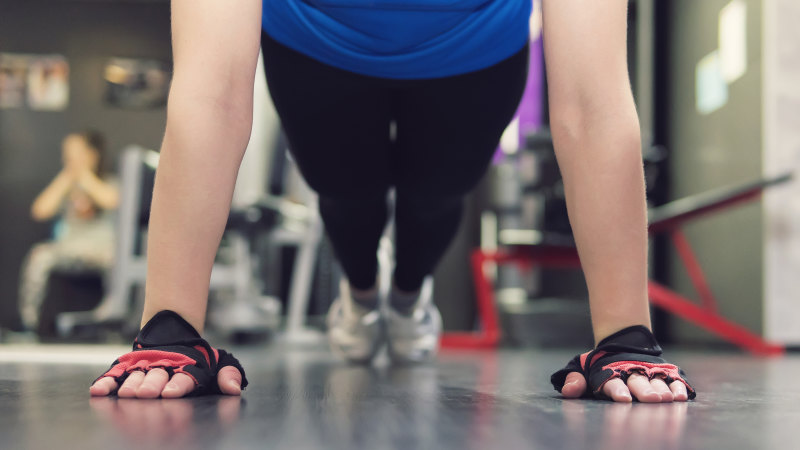 One study from November found strength training (including bodyweight training) is as good as aerobic exercise for weight management, while another found it is also as effective as aerobic training for reducing the likelihood of depression (though the combination of the two was the most effective).

Separate research from October found that we are four times less likely to have a heart attack if we exercise regularly, incorporating both strength and aerobic, while another study, published in July, found that resistance training improves the ability to think and reduces age-related memory loss. At least it does in rodents.

Dr Jason Bennie, a senior research fellow from the University of Southern Queensland, has led and been involved with many of the latest studies into strength.

He says “there is some research to suggest” that compared with aerobic exercise, strength training has “more favourable effects” on cognitive function and memory.

“Other things such as ‘mastery’ of skills, and the fact that [strength training] occurs most likely during leisure time, where someone has the freedom to do this activity, are all likely to play a role,” he adds.

Yet adding some squats, sit-ups and push-ups requires no equipment nor any special location. You can crack a few each evening on your living room floor while you watch Netflix and, mostly, chill.

An added advantage to starting these three exercises this week is that they also take very little time, and starting with something very short and very easy is the best way to establish a new habit, according to experts.

Starting with whatever you can squeeze into 30 seconds or two minutes “helps you effectively wire in the behaviours you want so they become habits and grow naturally,” explains B.J. Fogg, director of Stanford’s Behaviour Design Lab, in his book, Tiny Habits.

So while these exercises might seem glaringly obvious and basic, they may just be the gateway to a healthier, fitter and stronger new decade for you.

Sarah Berry is a lifestyle and health writer at The Sydney Morning Herald and The Age.

8 Figures by the Age of 26 with Josh Snow